Way back beauty history lane, Miss Asia Pacific International  (MAPI) is the ultimate pioneer when it comes to beauty pageantry not only in the Philippines alone but in whole Asia.  Started in 1968 as a non-stock, non-profit corporation with the principal intention of promoting Tourism for the Philippines overseas.    The original name was Miss Asia Quest Inc.  It was the beginning of 48 years of beauty pageantry in the country.   The countries that were accredited to this pageant are from Central Asia, the Pacific, Middle East, Eastern and Western Europe, Scandinavia, Mediterranean, Caribbean, North, South and Central America.

Over the years, it  continued to be associated with the exquisite beauty of the Filipina, their intelligence, and confidence to continuously boost the tourism for the country.

It was launched entirely in Malaysia from 1981 to 1982.  By the year 1984, the organizers invited countries and territories within the Pacific.  Thus, the new pageant title became Miss Asia Pacific Quest (MAPQI). National Organizers were invited from the countries across the Pacific Ocean which included Colombia, Ecuador, Guatemala, Mexico, Canada and North America.

On it’s 18th year, it reached another milestone.  It had registered up to 40 countries/territories affiliated with the organization.  From 1985 up to 1989, the

international pageant was shown in Hong Kong in partnership with a leading television network.

In the years 1977 to 1991, MAPQI was the franchise holder for the Miss World Beauty Pageant sending candidates to the International Pageant in London.

In 2004, the new ‘International Pageant event’ Miss Asia Pacific International Limited  was created and registered in Hong Kong.   It is now known as Miss Asia Pacific International or MAPI.   To date the Philippines had the most number of this most coveted Miss Asia Pacific international crown.   They were Ma. Del Carmen Inez Zaragoza (1982), Gloria Dimayacyac (1983) also Best in Swimwear, Lorna Legaspi (1989) and Michelle Aldana (1993). Four major international crowns for our country followed by India, Costa Rica, South Korea, Thailand and Australia with three crowns each respectively.   On the list of the countries with two beauty queen title holders were Turkey, Israel, Peru and Russia.   One winner each from Guam, Singapore, Indonesia, Sri Lanka, New Zealand, Panama and Columbia.

After a decade of hiatus, the queen mother of all beauty pageants in Southeast Asia is back!   It will finally be back entirely and will be participated by stunning delegates from around the world like Australia, Bangladesh, China, Cook Island, Iraq, Korea, Jamaica, Lebanon, Macau, Malaysia, New Zealand, Nepal, Nigeria, Peru, Singapore, Russia, Thailand, Ukraine plus more delegates. 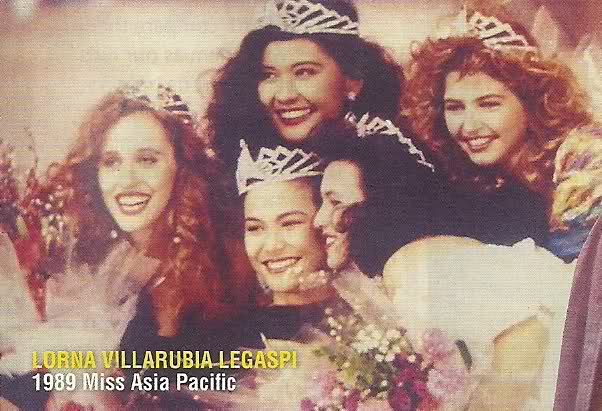 Qualifications to join are:

The grand and ultra-glamorous beauty spectacle will take place at the world class and premier resort facility in Southwest Philippines and the gateway to one of the New Wonders of the World, the Sheridan Beach Resort and Spa in Puerto Princeca City, Palawan.   The certified most glittering Beauty Tourism event of the year this November 2016.